Integration and test of the first three HERMES Pathfinder payloads

Posted by: Marco Citossi
Three HERMES Pathfinder payloads have been integrated and tested at Fondazione Bruno Kessler and INAF laboratories: the PFM, FM2 and FM3.
The integration of the payload PFM into the spacecraft is planned for next weeks at Politecnico di Milano laboratories.

The HERMES Pathfinder “flat-sat” implemented at Politecnico di Milano Labs. The flat-sat connects and tests all flight subsystems, payload included. The Payload Demonstration Model is visible in the lower left side of the figure.
Two integration desks have been prepared In the POLIMI clean room. On one desk the flat-sat is operated to test the subsystems of the next of the six HERMES Pathfinder satellites, while on the other desk the integration of the previous of the satellites is carried out. 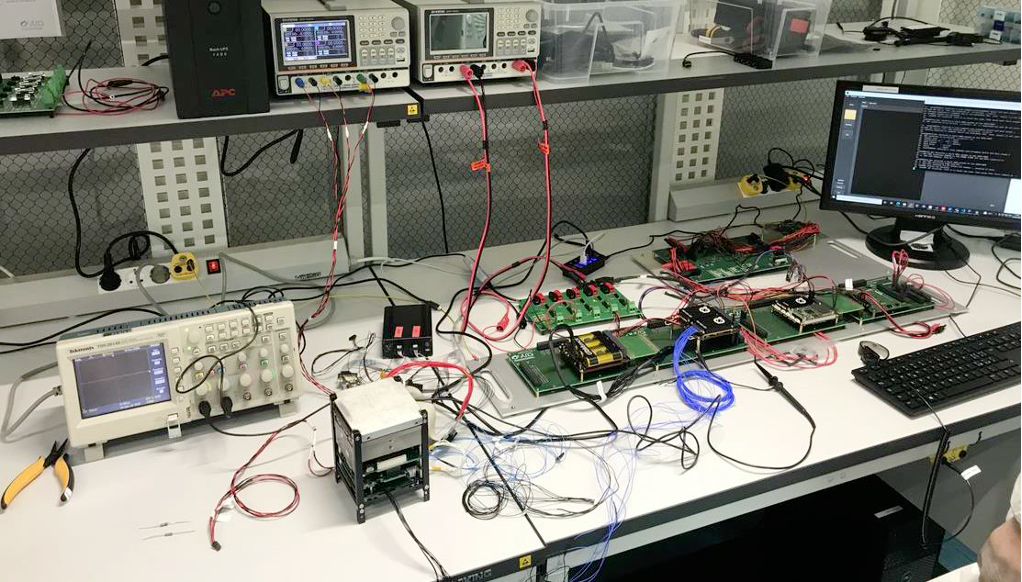