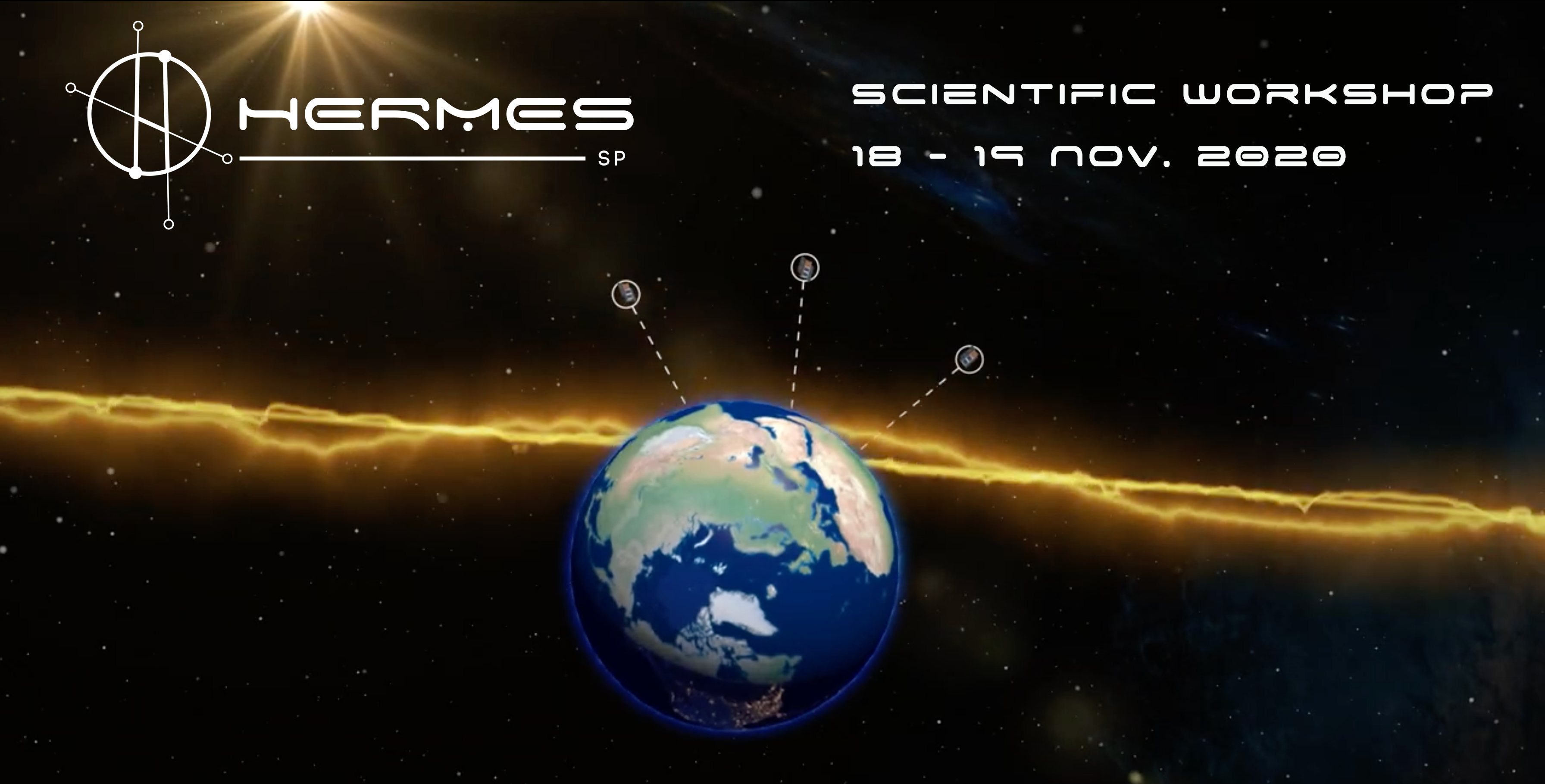 The aim of the workshop is to gather together leading experts from different astronomical backgrounds as well as space scientists and engineers to create a fertile foil to build on a close, synergistic and interdisciplinary collaboration study and investigate mission concepts to achieve great scientific discoveries exploiting at most the Commercial off-the-shelf components, currently under-performing in the space environment, but with the potential to provide high-impact and radical transformations in space application.

Discussions will be oriented around the scientific and technological topics related to the High Energy Rapid Modular Ensemble of Satellites Pathfinder experiment, HERMES, an in-flight demonstrator that foresees the realisation of a fleet of six nano-satellites of the 3U class with no micro-propulsion system, each equipped with a payload consisting in a GAGG+SDDs detector with collecting area of about 55 cm2 per payload, wide energy band from a few keV to a few MeV, and exquisite temporal resolution, down to a fraction of usec. These satellites will be located in equatorial LEO (500-600 km altitude) by the end of 2022 and will be operated for a minimum of two years.

The goals of HERMES are to prove that GRB prompt events can be efficiently and routinely observed with detectors hosted by nano-satellites, and to test GRB localisation based on the study of the delay time from signals detected by different satellites (temporal triangulation). HERMES is funded by the Italian Space Agency through the ”Finanziamento Premiale” and internal funding, and by the European Community through the HERMES-S.P. H2020 SPACE grant.

The workshop will be held online